The College's Student National Pharmaceutical Association (SNPhA) held their 2nd annual Cultural Diversity Night on Friday, September 19th. It was a night that welcomed all students and faculty to bring a dish from their heritage or cultural background to share with the rest of the student body. About 14 different countries and regions were represented, including "the South", Peru, Poland, Kenya, and Korea.

We were very grateful to have Dean Jim Dalton and our medicinal chemistry course coordinator, Dr. Mustapha Beleh, join us for the evening. They even participated with us in our cultural jeopardy game held that night. In addition to trying out the various dishes and competing in the jeopardy game, we also held polka and congo dancing lessons. They were led by Laura Cwengros, PharmD’16, and Chivonne Gammon, PharmD’17. 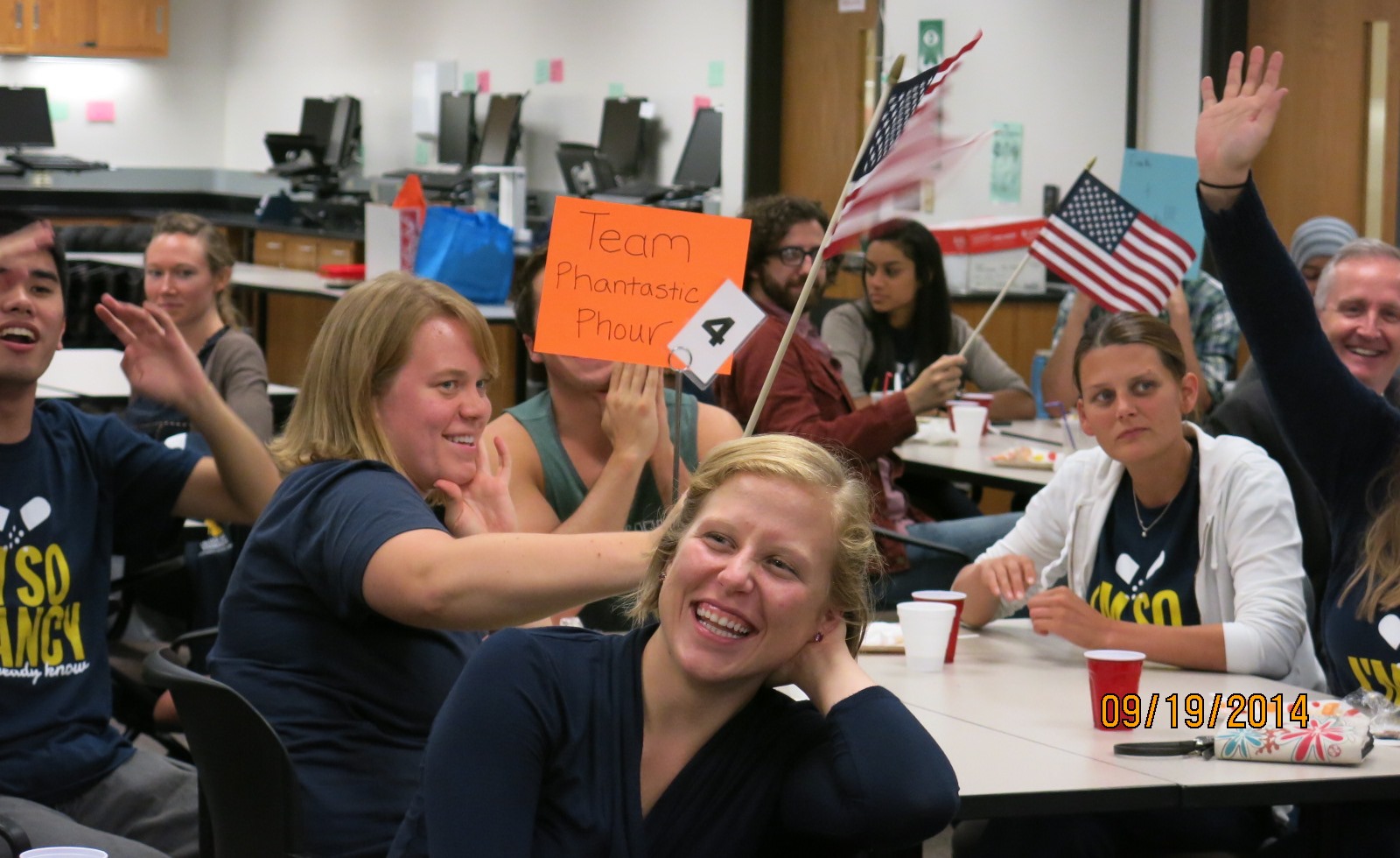 "People at the College of Pharmacy have always been a well-rounded group, but going to Cultural Diversity Night really opened my eyes to how far U-M has reached around the world and linked so many people and cultures together for one goal of providing better health care to patients globally. SNPhA hosted a great event that allowed us to experience many foods and desserts, as well as show off my Polka dancing skills!” adds Alysha Switalski, PharmD’18.

"SNPhA's cultural night was an exciting blend of unique foods, games, and conversation! It was a great way for students to share their cultural backgrounds, and I am looking forward to next year's event!" states Stephanie Burke, PharmD’16.