Kristen McGlone graduated in 2006 with high distinction from the U-M Doctor of Pharmacy program. She passed away suddenly in August 2006, shortly after starting her new position as a pharmacist with Beaumont Hospital in Troy, Michigan.

The Kristen L. McGlone Research Award was named in her honor.  This monetary award is given annually to a graduating PharmD student who has shown excellence in research, as Kristen did. This year’s award was presented to two very deserving recipients, Swan Lin, PharmD’16, and Hanna Welch, PharmD’16.

“When I first began pharmacy school, I was intimidated by the idea of conducting my own research project,” remembers Hanna Welch. “I’m glad that the College’s curriculum pushed me outside of my comfort zone. I was interested in infectious diseases, so after talking to multiple faculty members I was paired with Dr. Greg Eschenauer to work on a project focused on one of the big issues facing hospitals today: Clostridium difficile infections.”

“Dr. Eschenauer provided guidance during every step of the project, from study design to the final manuscript,” continues Dr. Welch. “Thanks to the mentorship I received, the idea of research no longer intimidates me, and I’m looking forward to continuing to conduct research during my upcoming residency at the University of Pittsburgh.”

“I was honored to win the McGlone Award and to have the chance to share my research with Mr. and Mrs. McGlone, Kristen’s parents, at the 2016 Research Forum,” notes Dr. Welch. “It was an encouragement to meet the McGlones and to see their engagement in the research taking place at the College. The strong emphasis on research at the College is one of many reasons why I’m proud of my Michigan Pharmacy education.” 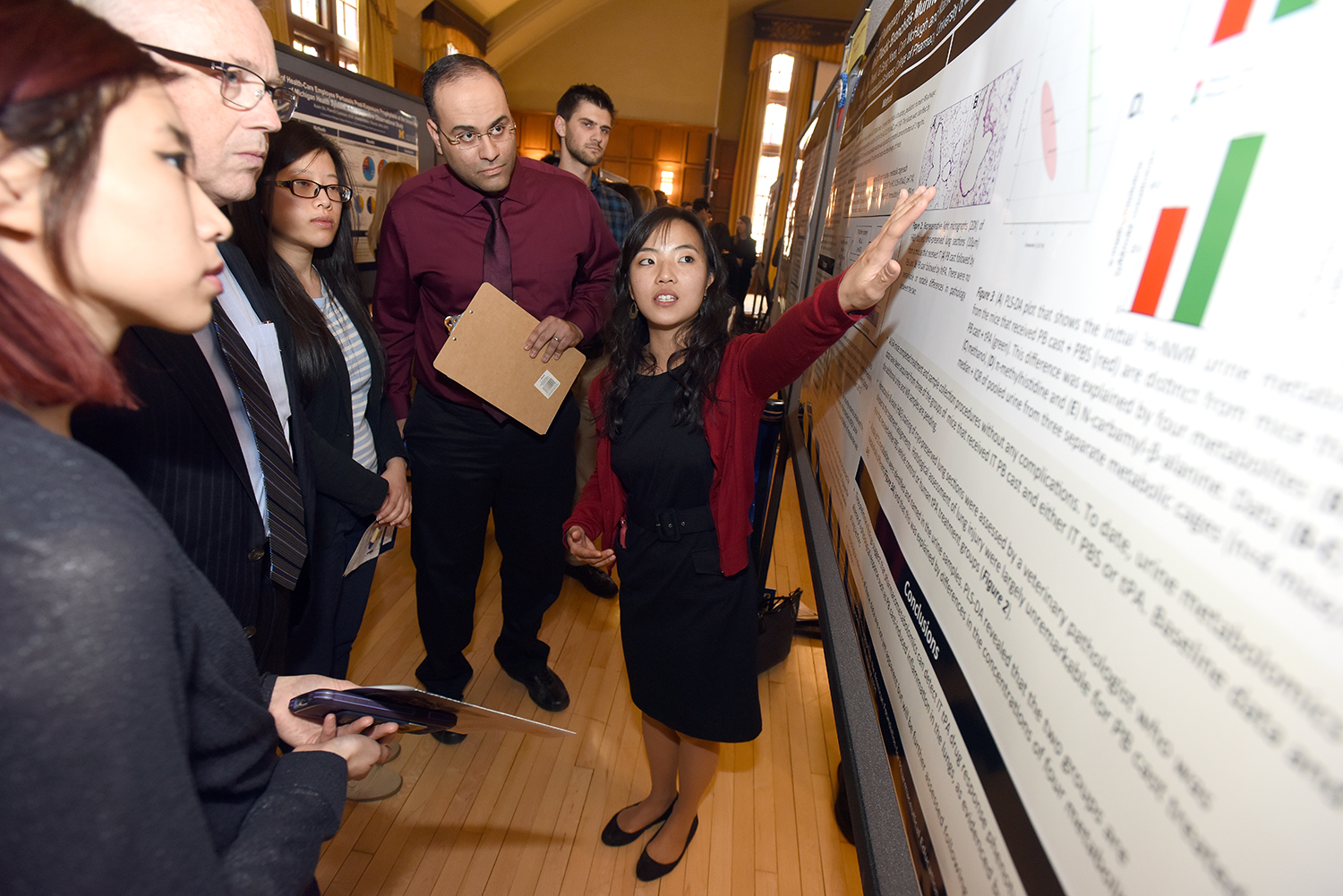 “I am grateful to have been selected as one of the recipients for the McGlone Research Award this year,” comments Swan Lin. “I began my work in plastic bronchitis as a P1 in Dr. Kathleen Stringer's laboratory. I started by characterizing the lung's metabolic capabilities for therapeutic proteins and evolved to pharmacometabolomics studies in a murine plastic bronchitis model. Dr. Stringer has mentored and guided me in my research work and challenged me to learn new methodologies.”

“I had the pleasure of meeting Mr. and Mrs. McGlone during the 2016 Research Forum and was able to share some of my recent findings in the pharmacometabolomic study,” continues Dr. Lin. “It was encouraging to see how invested they were in students' success in research.”