Miriam Mobley Smith, BSPharm’78, PharmD, FASHP, has been honored with the 2018 Alumni Service Award in Pharmacy. This award recognizes graduates of the University of Michigan College of Pharmacy who have made significant contributions to the profession of pharmacy.

"The outstanding reputation enjoyed by the College is in large part a reflection of the individual reputations and accomplishments of our alumni,” said James Dalton, PhD, Dean of the University of Michigan College of Pharmacy. “Dr. Mobley Smith exemplifies the Michigan legacy of excellence, service, and leadership." 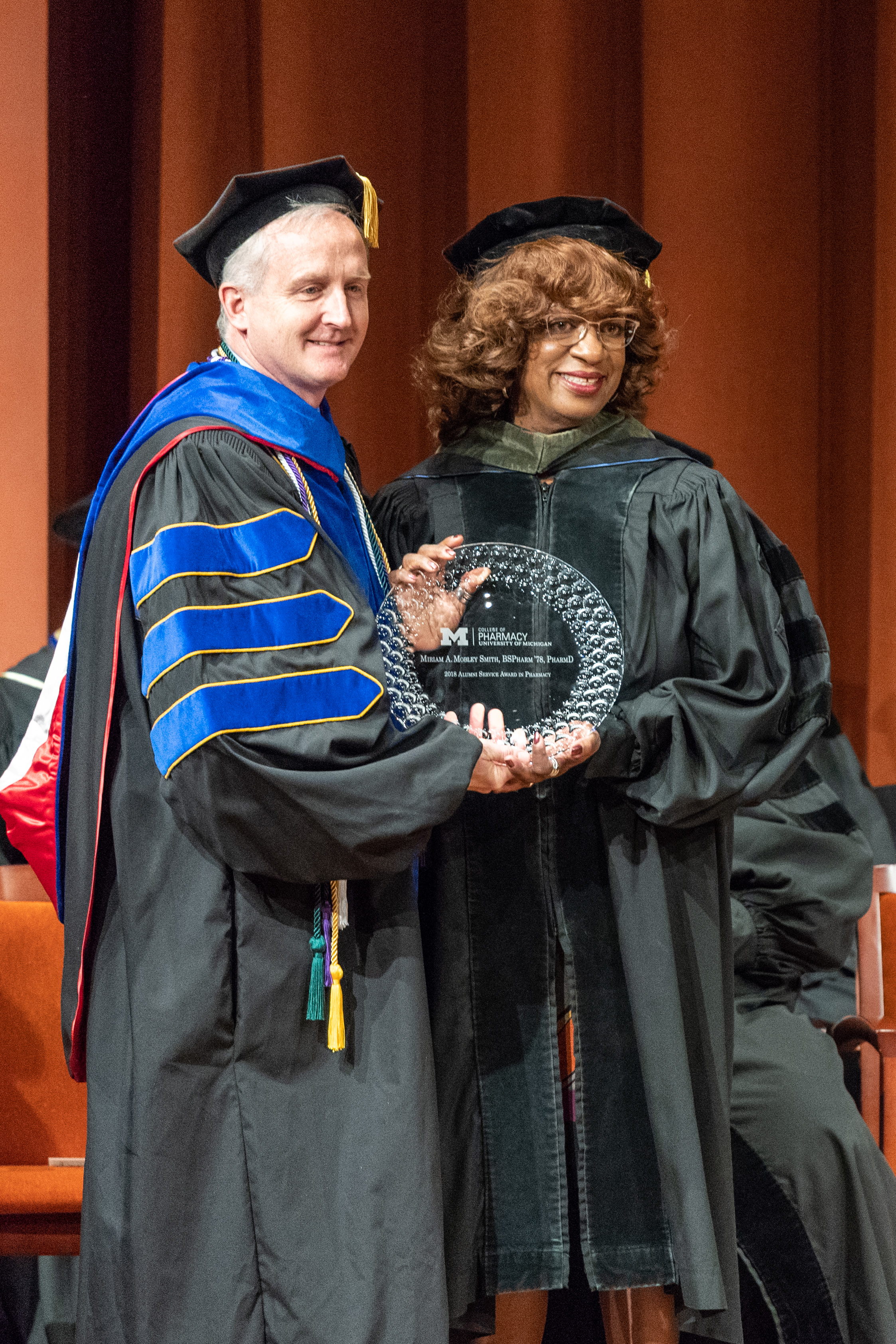 Dr. Mobley Smith is currently an independent pharmacy and healthcare consultant. She has held numerous leadership positions during her career, notably serving as the Director of Strategic Alliances for the Pharmacy Technician Certification Board in Washington, D.C. She spent twelve years as a clinical faculty member and eventually the Director of Experiential Education at the University of Illinois at Chicago College of Pharmacy. Dr. Mobley Smith spent eight years at the Chicago State University College of Pharmacy, ultimately servings as Dean until her departure in 2015. She has also served leadership positions in numerous professional pharmacy organizations.  She was chair for the American Association of Colleges of Pharmacy Professional Affairs Committee, vice-chair of the Illinois State Board of Pharmacy, chair of the American Society of Health-System Pharmacists Council on Education and Workforce Development, a member of the Institute of Medicine Committee on the Future Healthcare Workforce for Older Americans, Pharmacy Workforce Center, Inc., Technical Advisory Panel, and on the Professional Examination Service Board of Directors.

Dr. Mobley Smith has received numerous grants, professional and civic awards, including recognition as a 2013 Fellow of the American Society of Health-System Pharmacists, the 2012 National Pharmaceutical Association’s Chauncey I. Cooper Award in recognition of sustained and distinguished professional service, and the 2013 Illinois Pharmacists Association Pharmacist of the Year.