David Schapiro, a P3 student, spoke about his personal experiences with prescription drug pricing and shortages at the invitation of U.S. Senator Gary Peters (D-MI) at a press conference on December 6th. Peters held the presser at St. Joseph Mercy Hospital in Pontiac to highlight his investigation into rising prescription drug costs and drug shortages in the United States.

Schapiro and two others were selected to detail their personal struggles obtaining life-saving medications and the lengths that they have had to go to receive treatment. As a person who has type 1 diabetes, Schapiro felt doubly inclined to fight for this cause, both for himself and the patients he would be helping in his future career. “Even though I’m a future pharmacist, I have had to resort to leaving the country and going to Windsor to get my insulin,” explained Schapiro. All three speakers admitted to rationing their medications inconsistently when the costs became too high. This potentially dangerous practice is also seen in hospital settings as doctors are often being forced to ration scarce drugs or substitute completely different medications altogether. 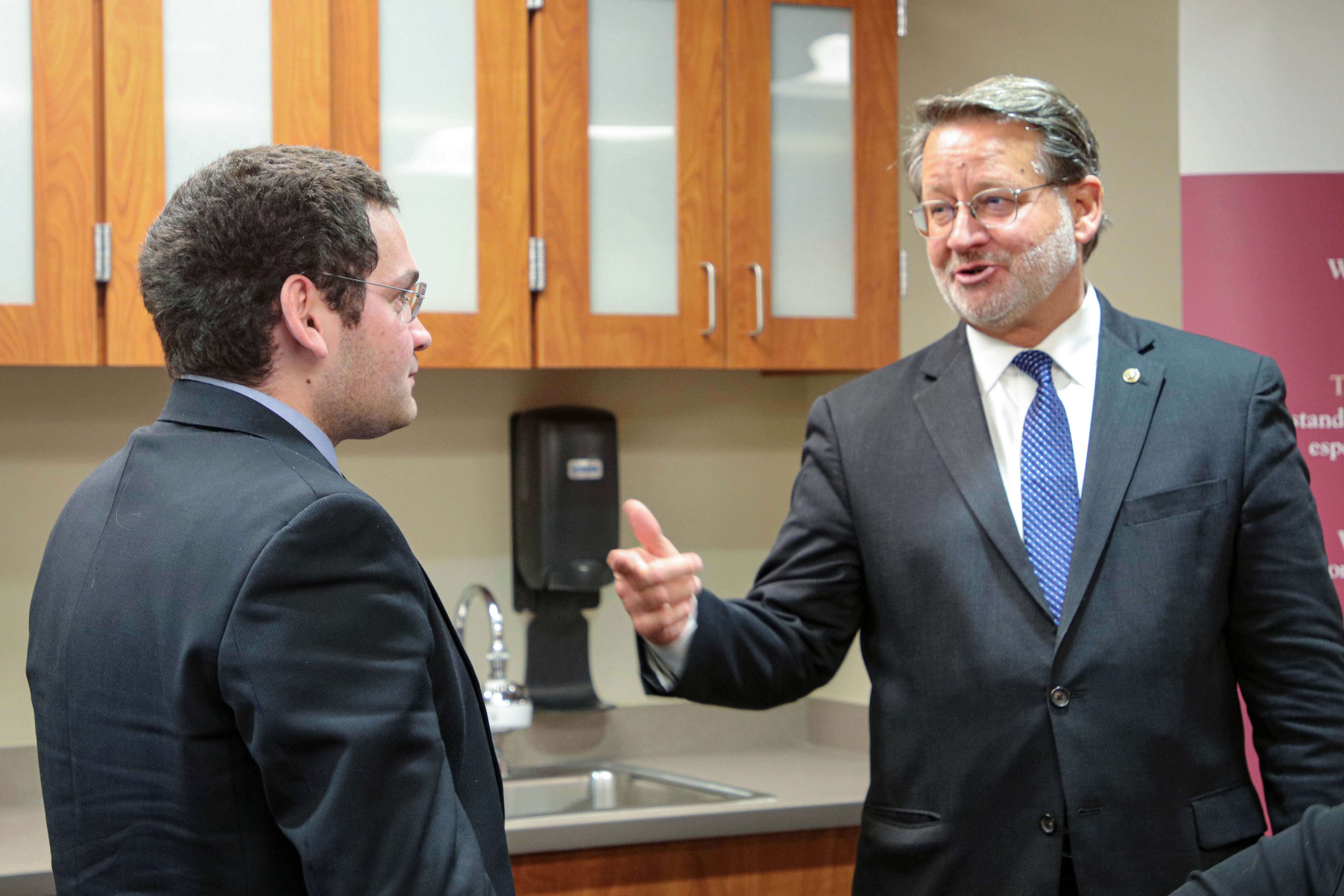 “Families should never be forced to choose between paying their bills or getting the medication they need, and doctors should never have to worry they won’t have the right medicine when their patients need it most,” said Senator Peters. “This prescription drug crisis raises serious health, economic and national security threats to patients and health care providers.” Bob Ripley, VP and chief Pharmacy Officer for Trinity Health, added that hospitals in the area were facing staff cuts to accommodate the rapidly rising drug costs. Schapiro closed out the speeches by saying, “For a disease [like diabetes] that affects more than a million Michiganders, we have to do better than what I see for myself and others.”