Alumna Leah Makley, PhD, recently returned to the College of Pharmacy as the featured speaker at the Leroy B. Townsend Lectureship in Medicinal Chemistry.

Dr. Makley graduated from the College with her PhD in Medicinal Chemistry in 2014. Shortly thereafter she cofounded a company with her thesis advisor, Prof. Jason Gestwicki, to commercialize their research. The company, ViewPoint Therapeutics, is a preclinical stage biotherapeutics startup based in San Francisco. Dr. Makley, who serves as the Chief Scientific Officer and Director of ViewPoint Therapeutics, discussed their work developing a medical treatment for cataracts.

Cataracts, the leading cause of blindness in the world, are caused by the accumulation of insoluble protein in the lens, which reduces lens transparency. Typically, cataracts are treated by surgery. For a cost of about $3,000 per eye, an ophthalmologist removes the natural lens and replaces it with an artificial one. Cataract surgery is the single most commonly performed surgery in the United States. 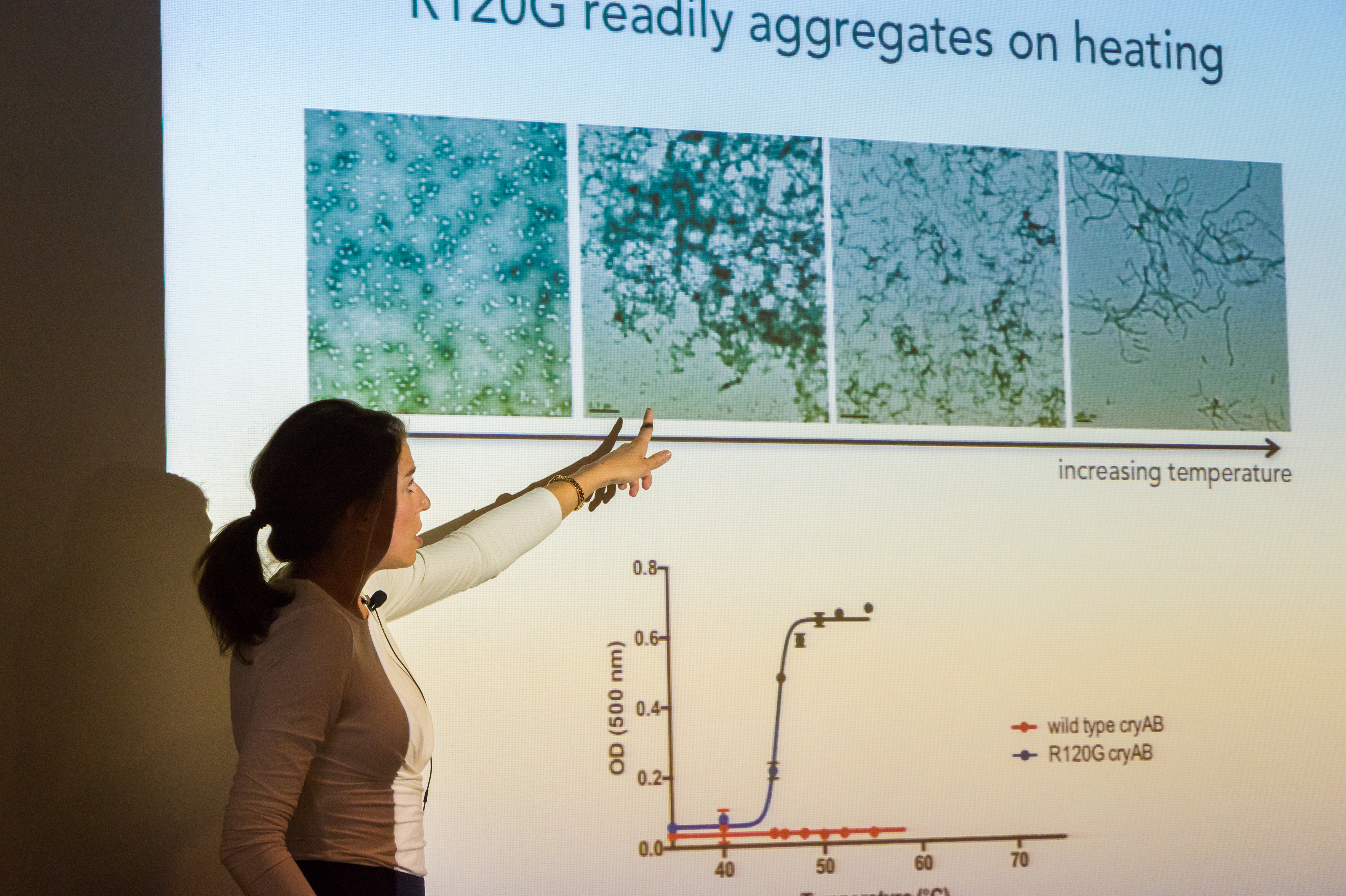 “We have discovered a class of small molecules that appears to correct cataracts when delivered to the eye of animal models,” stated Dr. Makley. “The molecules bind to the important lens protein α-crystallin and stabilize its soluble, functional form, reversing protein aggregation and recovering the normal transparency of the lens. We are developing an active molecule as a potential treatment for cataracts for both pets and human patients.”

The company is still in the pre-clinical stage but hopes to begin human clinical trials in the next two years.