Amanda Garner, PhD, Assistant Professor of Medicinal Chemistry, has been awarded grants totaling $2.7 million from the National Institutes of Health for her research aimed at targeting translational control in human diseases.

The Garner Laboratory is focused on investigating the process of mRNA translation, or protein synthesis, which is dysregulated in a number of human disorders, including cancer and metabolic, neurodegenerative, viral and parasitic diseases. However, to date, targeting of this process remains an underexplored area for therapeutic development. Through these awards, Dr. Garner and her research group will tackle the study of two important checkpoints in protein synthesis, its initiation and fine-tuning, both of which are linked to disease. 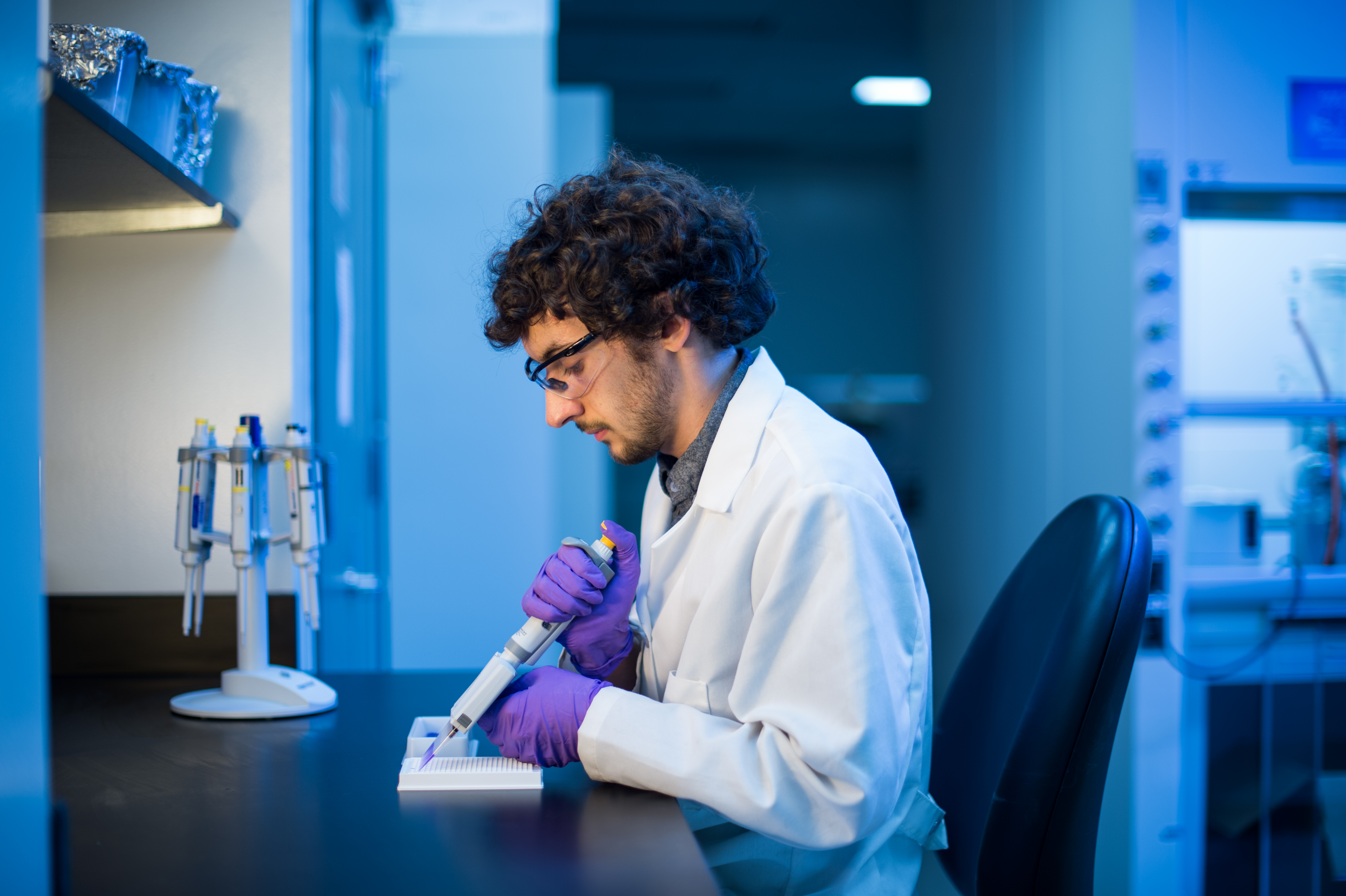 In the first project, the group will expand upon their current efforts of developing molecules that can mimic a key regulatory protein involved in translation initiation, 4E-BP. This protein is a known tumor suppressor that is inactivated in more than 70% of cancers. A lead molecule identified by the group was found to exhibit potent, on-target anti-proliferative activity in several cancer cell lines. 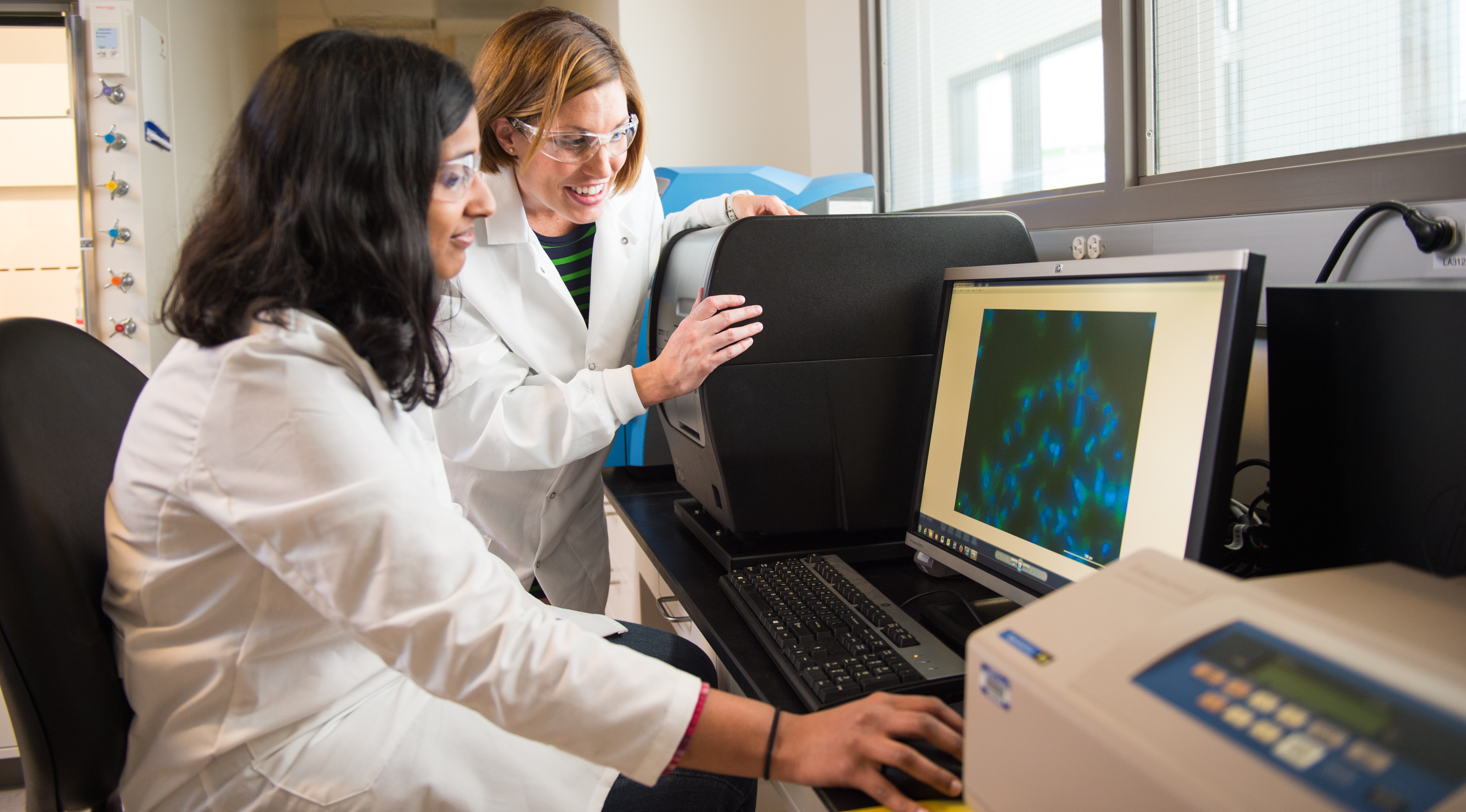 “Translation initiation is a process that has been implicated in disease, particularly cancer, since the 1990’s. What has been lacking with respect to turning this into a drug target are good probe molecules for validation,” notes Dr. Garner. “We have taken a rational approach of using our own biology against cancer. Through our approach, we are redelivering a tumor suppressor protein that is commonly inactivated or lost in most human cancers, 4E-BP, through the means of a modified and drug-like 4E-BP-based peptide. By doing so, we are able to inhibit protein synthesis and cancer cell proliferation”, continues Dr. Garner. “What is exciting about this target is it’s selectively for cancer cells over normal cells, which is not obvious because all cells must make protein. Cancer cells grow and divide at a much faster rate than most normal cells, making them highly susceptible to our approach.”

In the second project, the team will utilize a conceptually new and innovative platform assay technology developed by the laboratory for targeting a different class of biomolecule, ribonucleic acid (RNA). More specifically, the group will investigate a class of small RNAs called microRNAs, which function in the fine-tuning of gene expression. Because this process affects many disease-causing genes, targeting

miRNAs is considered attractive as a novel therapeutic strategy. RNAs, including microRNAs, however, are largely considered undruggable due to a lack of knowledge of the types of molecules that can serve as useful drug leads. The goal of the awarded grant is to use their assay approach to discover microRNA-selective compounds as proof-of-concept for RNA-targeted drug discovery and provide the basis for the development of next-generation, RNA-targeted small molecule therapeutics for the management of human health. “Targeting of RNA is really one of the last frontiers in drug discovery, primarily because identifying molecules that are specific for a select RNA is very difficult”, explains Dr. Garner. “Using a new assay type that I developed as a post doc, we are attempting to solve this long-standing problem of discovering drug-like and specific RNA-binding small molecules. Through our efforts, we hope to identify new molecular scaffolds for not only targeting microRNAs but also developing a method that is applicable to all RNAs implicated in disease. ”

“In addition to the hard work put in by my research group over the past three years, I am grateful to the College of Pharmacy for a generous start-up package which supported the generation of preliminary results for these awards. I am also grateful to the U-M Center for the Discovery of New Medicines for pilot funding for our microRNA assay and the American Brain Tumor Association (ABTA) for a 2015 ABTA Discovery Grant for our 4E-BP project”, says Dr. Garner. “These small grants provided key support for our important work in validating new targets for drug discovery and the development of new methodologies to promote these efforts.”