Dr. Bush received great applause when, in her remarks she stated, “the first people I should thank are my parents.  In the Depression, they came from Illinois to teach in Saginaw, Michigan.  When it became time for me to go to college, they said, ‘Pat, now you're going to university, you should major in something you can do anywhere, do part time, and make as much money as a man!’  So that's why I went to this College of Pharmacy.” 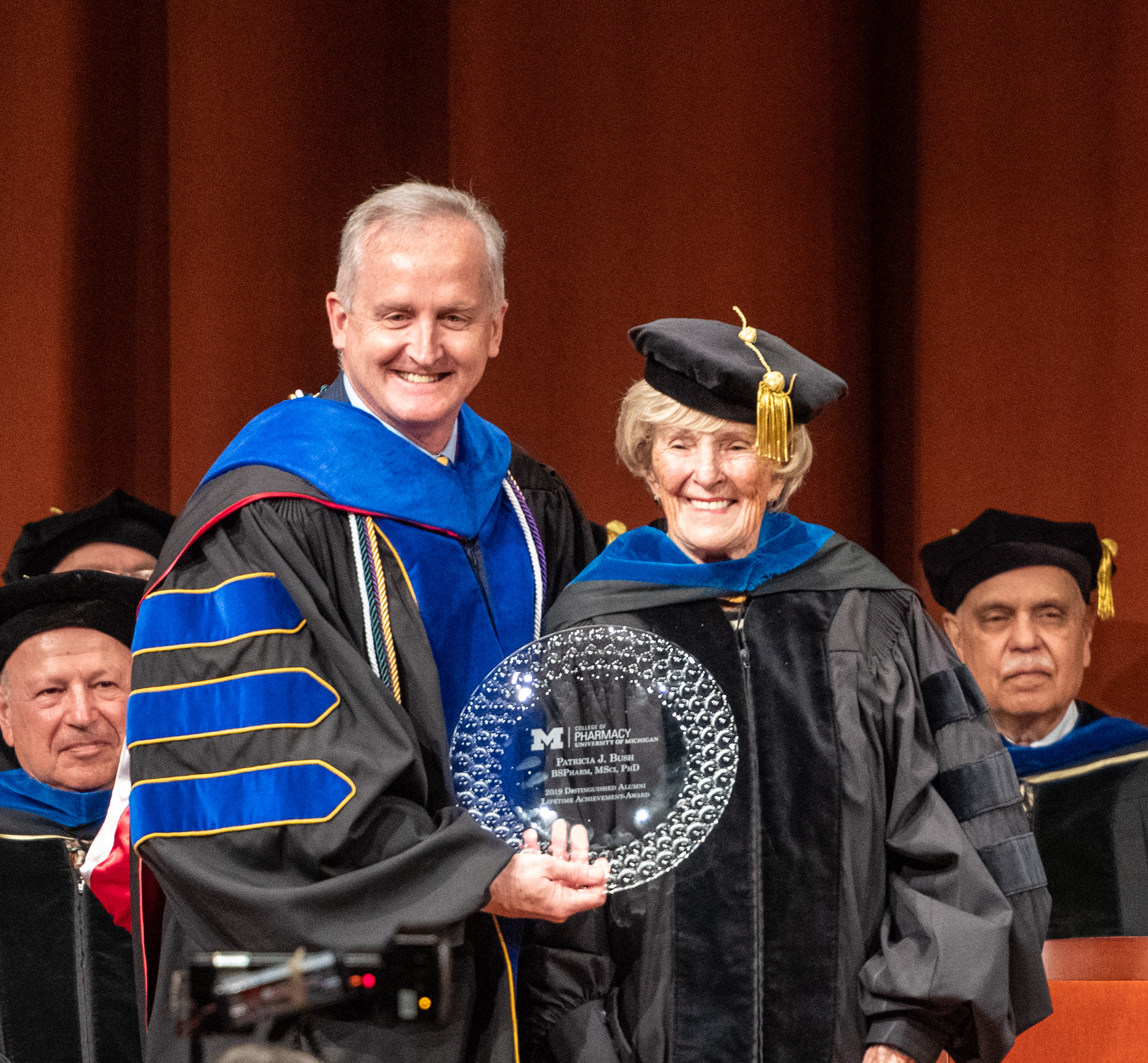 Dr. Bush is a professor emeritus at Georgetown.  She served on the executive councils of the American Public Health Association and the International Pharmaceutical Federation.  She was named Honorary President of The Coalition for Rational and Safe Use of Medicines and held a NIH Fogarty Center Fellowship at the World Health Organization in Geneva.  Dr. Bush was awarded the Sklifosovsky medal in Moldova in 2007.

This day was doubly memorable for Dr. Ascione. In addition to receiving the Distinguished Alumni Lifetime Achievement Award, he joined five of his classmates returning for the 50th anniversary of their graduation from the College of Pharmacy. All six were welcomed into the University of Michigan Emeritus Society.  Dr. Ascione remarked, “It is a wonderful honor, especially receiving the award in front of my classmates from the Class of 1969.” 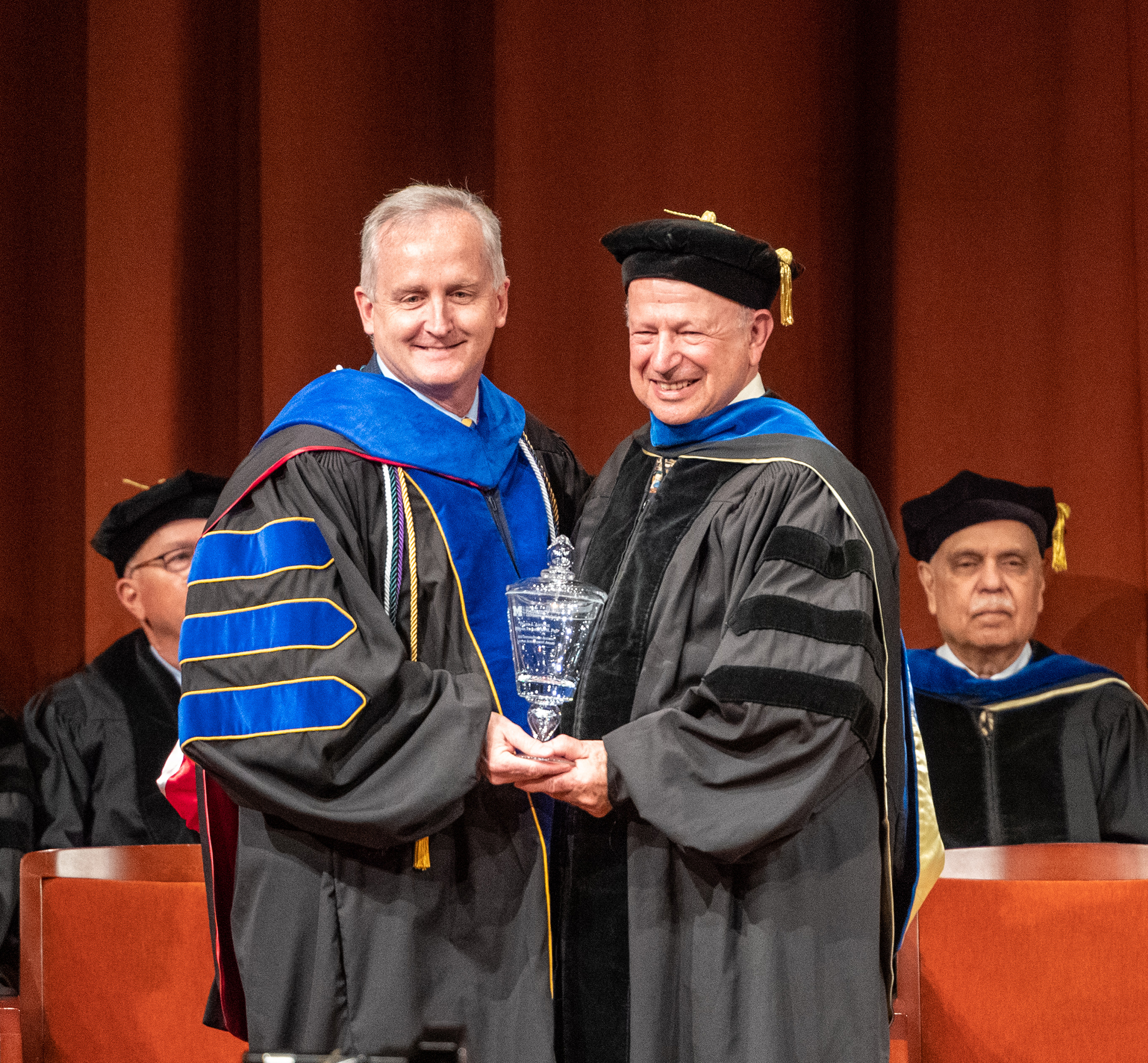 Dr. Ascione is Professor of Clinical and Social and Administrative Sciences, University of Michigan College of Pharmacy.  Concurrently, he is the Director of the University’s Center for Interprofessional Education. He was Dean of the College from 2004-14 and has been a faculty member there since 1977.  Dr. Ascione was director of the American Pharmacists Association (APhA) program that produced the second edition of Evaluation of Drug Interactions. He is also the author of Principles of Drug Information and Scientific Literature Evaluation: Critiquing Clinical Drug Trials.  His research interests included evaluating models of medication therapy management, consumer medication-taking behavior, and the use of technology in pharmacy practice. Dean Ascione's current research focuses on issues related to drug policy, and he teaches a course on issues in regulatory science.

During the ceremony, Dean James Dalton pointed out that the College’s excellent reputation was due to the individual accomplishments of its alumni. Our two award recipients have upheld the long tradition of excellence and service that characterize a U-M degree and embody the U-M motto: Leaders and Best.