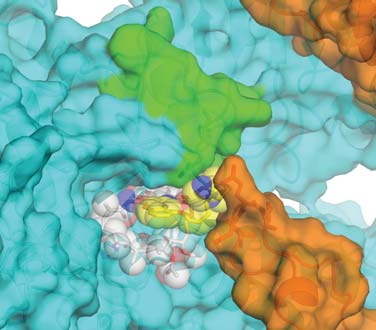 Tuberculosis (TB, caused by Mycobacterium tuberculosis, MTB) is a human health problem of staggering proportions, causing nearly 1.4 million deaths in 2011. While the vast majority of these deaths occurred in developing nations, the TB problem is widespread (e.g., correctional facilities, CDC, MMWR Vol. 55, 7/7/06). TB is now the leading cause of death in HIV/AIDS patients. A new and effective vaccine seems like the best approach to combat the spread of TB; however, vaccines do not generally give optimal immunological response in malnourished populations (e.g., in developing countries where TB is rampant). Neither do they address the critical needs of those already infected. Current drugs require up to 9 months of treatment, making compliance very difficult. Poor compliance allows for the emergence of drug-resistant strains of TB. Thus, it seems logical that new therapeutics must be developed that are more effective against all strains and act in much shorter treatment regimens if TB is to be eliminated.

We are working to discover new treatments for TB. We are using both structure-based and high-throughput screening approaches in a coordinated drug discovery program where the biochemistry/enzymology studies are conducted in our lab and the synthetic chemistry is carried out in the Showalter lab here at UM and structural biology studies are being conducted by Prof. Murakami at Penn State. Our goal is to develop novel drugs targeting RNA polymerase that avoid deficiencies (e.g., resistance, side effects) for current RNA polymerase inhibitors.