Jay Carter, BSPharm'81, has been named 2018 recipient of the Distinguished Alumni Lifetime Achievement Award from the University of Michigan College of Pharmacy. Mr. Carter is the executive vice president and director of business development at AbelsonTaylor, a healthcare advertising agency. The Alumni Distinguished Lifetime Achievement Award was established in 1976 to honor alumni who have made significant lifetime contributions to their professions or society through practice, research, education or public service. Mr. Carter is recognized for his professional achievements, expansion of career opportunities for pharmacists, and commitment to mentoring future leaders.

"Jay pursued a nontraditional path and is a prototype for pharmacists excelling in healthcare innovation," said James Dalton, PhD, dean of the University of Michigan College of Pharmacy. "His work in medical advertising helped open the door to a new career option for pharmacists, which made him a standout candidate for our Distinguished Alumni Lifetime Achievement Award." Dean Dalton noted that another factor in Carter's selection was his dedication to helping others succeed. "We were impressed by Jay's long-time support of the Girl Scouts, by the mentoring he provides within his industry, and by the way he generously shares his knowledge and experience with current pharmacy students seeking career guidance."

Mr. Carter accepted the Distinguished Alumni Lifetime Achievement Award with praise for the quality of education he received at his alma mater. "The knowledge I acquired at Michigan has helped me at every stage of my career," he said. "I have the privilege of working with companies that have revolutionized patient care by developing treatments that extend and improve the quality of people's lives. Understanding the science behind drug therapies and always focusing on the patient are things I first learned in my pharmacy studies. It was excellent training for a career in medical advertising." 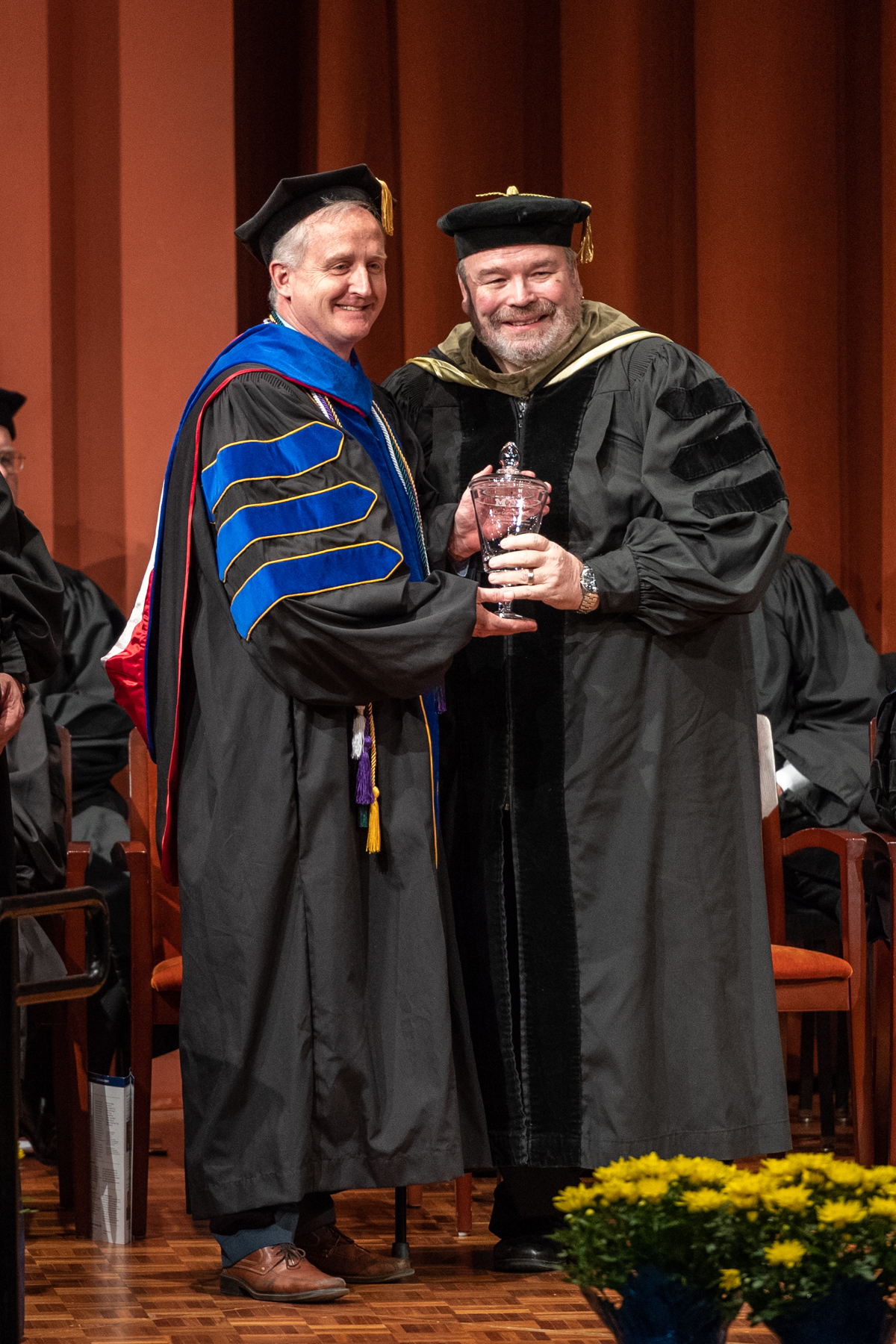 Mr. Carter joined AbelsonTaylor three decades ago as an account supervisor, quickly rising through the ranks and contributing significantly to the agency's growth and reputation. He has worked on some of the most successful and iconic campaigns in medical advertising history, including the Hytrin "Balloon" campaign, Biaxin "Bix the Bulldog" campaign, and Prevacid "Tummy" launch. With a career spanning numerous advances in medicine and technology, Mr. Carter has provided senior counsel on a wide range of products, including several major biologics for cancer treatment. Building on his strong management skills, he progressively assumed lead responsibility for client services and strategy at AbelsonTaylor, becoming the agency's director of business development in 2010.

Beyond his career achievements, Mr. Carter is a committed mentor to colleagues and students and a trusted adviser to members of organizations he supports. He is particularly invested in his work with the Girl Scouts of Northern Indiana-Michiana, whose board he joined in 2013. "I support Girl Scouting because it has made an enormous difference in the life of my daughter," he explained. "I am passionate about making sure that girls in Northern Indiana and in my home state of Michigan have the opportunity to take part in an organization that truly prepares girls to be leaders of the future."  In addition to his work with Girl Scouts, Mr. Carter serves on the boards of the Medical Advertising Hall of Fame and the Coalition for Healthcare Communications.

After graduating from the College of Pharmacy in 1981, Mr. Carter earned an MBA with honors from the University of Notre Dame Mendoza School of Business in 1983. He worked briefly as a pharmaceutical sales representative before beginning his career in medical advertising, first at William Douglas McAdams in New York, then at AbelsonTaylor in Chicago. Outside of work, Mr. Carter spends as much time as possible at his Michigan lake home with his wife, 15-year-old daughter, and the family dogs. He also adds to his extensive collection of wines, cheers for both the University of Michigan and Notre Dame, and maintains undying loyalty to the Detroit Tigers. Since 2014, he has served as a deacon at Lakeshore Christian Church in Stevensville, MI. Mr. Carter was born and raised in Berrien Springs, MI, which he still calls home.